The Edge has always been a rough patch of interstellar space filled with innumerable bad guys of every nefarious sort, and dangerous debris flying in every direction at high speeds. But now it has grown out of control and is threatening to overflow into colonial space. Central command has decided to send in their newest super weapon, the Mark II Lance fighter, piloted by their top ace pilot. Good luck commander!

Don’t bother checking ID… you’re the only good guy in the Edge.

The Edge is a top view space fighter game written in Haskell. The code is not the best (written during the author’s Haskell newbie days) but the game is fun, challenging, and colorful. 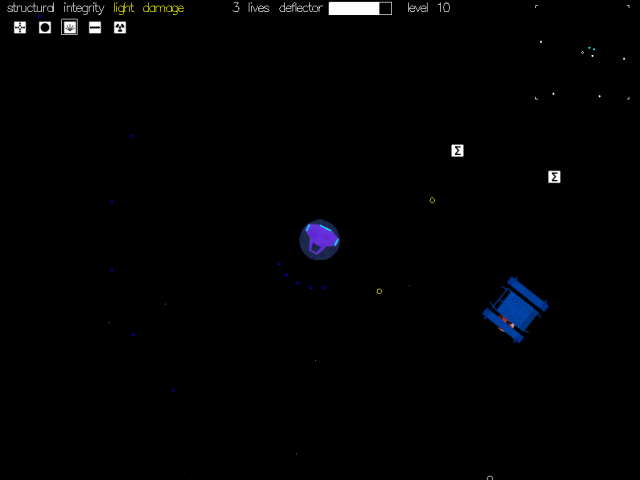 The source code is available at Hackage:

It is probably not very easy to build on most platforms, owing to some issues in the dependency tree. However, it should build easily on a Debian Jessie system, if the build instructions are followed.